Voices from the Past: Remembering the Arrival of Electricity

Posted on April 10, 2017 by Electric Generations Team Leave a comment

Over the years, many fascinating stories have been recorded by the Irish Life and Lore collection in relation to the arrival of electricity in rural Ireland. The Rural Electrification Scheme began in 1946 and by the mid 1960s over 80% of rural households were connected.

Very recently we compiled a recording with Patrick Quirke of Derrymore, Tralee Co. Kerry, who explained that after he left school and was working on the farm at home, he learned that the ESB

were looking for people. A fellow working in it said he’d tell his foreman that I had an interest and I was to be at the top of Strand Road in Tralee on Monday morning. I lied about my age. I was 17 and I should have been 18. I was asked would I climb poles and I said I wouldn’t be afraid to climb them.

Going from one pole to another you would have to put the wire up on your shoulder, pull it along, jump over ditches and all that. We worked back along as far as Castlegregory, and then the current went to Dingle. My foreman was Jack Cahill from Farmers’ Bridge, the greatest gentleman who ever lived. He got the work done.

When you were climbing a pole you got a belt to put on you and when you came up to the pole you clipped it on, you put it around the pole and clipped it on. You had the climbers on your feet then and you climbed up and put the wire where you should and another fellow came along later and put the cups, as we called them, on the poles.   Sure, you’d go up a pole and you could see places that you wouldn’t have seen before. You could see for miles. I stayed with the ESB for nine months and then went back farming.

Nora Humphreys was born in 1917 and she was recorded in Newport, Co. Tipperary in 2004. She recalled the time when electricity came to her home in Clonbeg, Thurles.

My mother was afraid of the switches because she thought they might set fire to the place. She got accustomed to it then and was delighted with it. Before that, a double wick oil lamp used to hang in the centre of the ceiling, with a weight over by the wall so that you could drop the lamp down. I got married in 1943 here in Newport and we had electricity because we were so close to Ardnacrusha.

Eileen Kelliher from Lispole near Dingle, Co. Kerry was born in 1920 and was recorded in 2012. She vividly recalled the arrival of electricity in her locality.

I can remember the time when they put up the electricity. Before that it was so dark. We used to have the oil lamp hanging down. It was a great occasion when the ESB came on. We had the news and everything. A fellow from Killarney came soon after the electricity came and he was selling radios.   It was funny with the old people. They used to think it was strange that you could boil a kettle at the side of a wall!

In 2010 Charlie McMonagle and Barney McGeever were recorded for the Donegal Collection. The recording was compiled in the townland of Scribley at the home of Barney McGeever. Charlie was born in 1932 and began his employment with the ESB in 1966. He worked with the company for 36 years. He was based in north Donegal and was involved in bringing electricity to houses in the far north of the county and also to the islands.

Barney McGeever who was born in 1967 explains,

That was a big problem up here. People weren’t educated about it. I remember our father didn’t take it at all and it came to a couple 100 yards up the road. Then it cost him a couple of thousand pounds to get it in the 1980s. We were living in an old thatched house and they were afraid of the electricity. Everybody was saying it would go on fire, and this and that…

There are many order wondrous voices and fascinating details on the social history of Ireland during the 20th century to be explored in the Irish Life and Lore archive. Take a seat and enjoy the stories of our past.   This is who we are.

More about Irish Life and Lore

Irish Life and Lore, an organisation dedicated to recording and archiving oral history in Ireland, was set up by ourselves, Maurice and Jane O’Keeffe in the 1990s. We are based in Tralee, Co. Kerry.

To date over 3,000 hours of audio recordings have been compiled in many parts of Ireland, catalogued and arranged into oral history collections according to the place or theme on which they are based. We are generally sponsored by Local Authority libraries, colleges, businesses and individuals.

Full details on the recordings in the oral history collections and on our work in general may be seen at: www.irishlifeandlore.com

Electric Generations: The Story of Electricity in the Irish Home will be at dlr LexIcon in Dún Laoghaire from 2 October until 2 December 2017 and at the Irish World Heritage Centre in Manchester in spring 2018.

Electric Generations at the University of Hertfordshire

Electric Generations shows how the reception and understanding of electricity by different generations varied across the twentieth century, reflecting the shift from an unfamiliar power to a fundamental feature of everyday life.

The exhibition begins by exploring how people initially feared that this new power could be harnessed to cause harm to neighbours and enemies. The next section focuses on the campaign for popular acceptance of domestic electricity. The final section illustrates how the electrical home was marketed as desirable and empowering for women. This story of the electrical transformation of Ireland is illustrated through inter-generational responses and the experiences of the diaspora in Britain, offering visitors an insight into the similarities and differences in the timelines of electric innovations and consumption in both countries.

The exhibition features previously unseen material from ESB’s Archives and the Institution of Engineering and Technology archive.

Electric Generations is generously funded by the University of Hertfordshire, with additional financial support from dlr LexIcon.

Images, unless otherwise stated, are courtesy of ESB Archives. 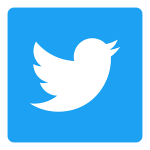 Electric Generations at the University of Hertfordshire